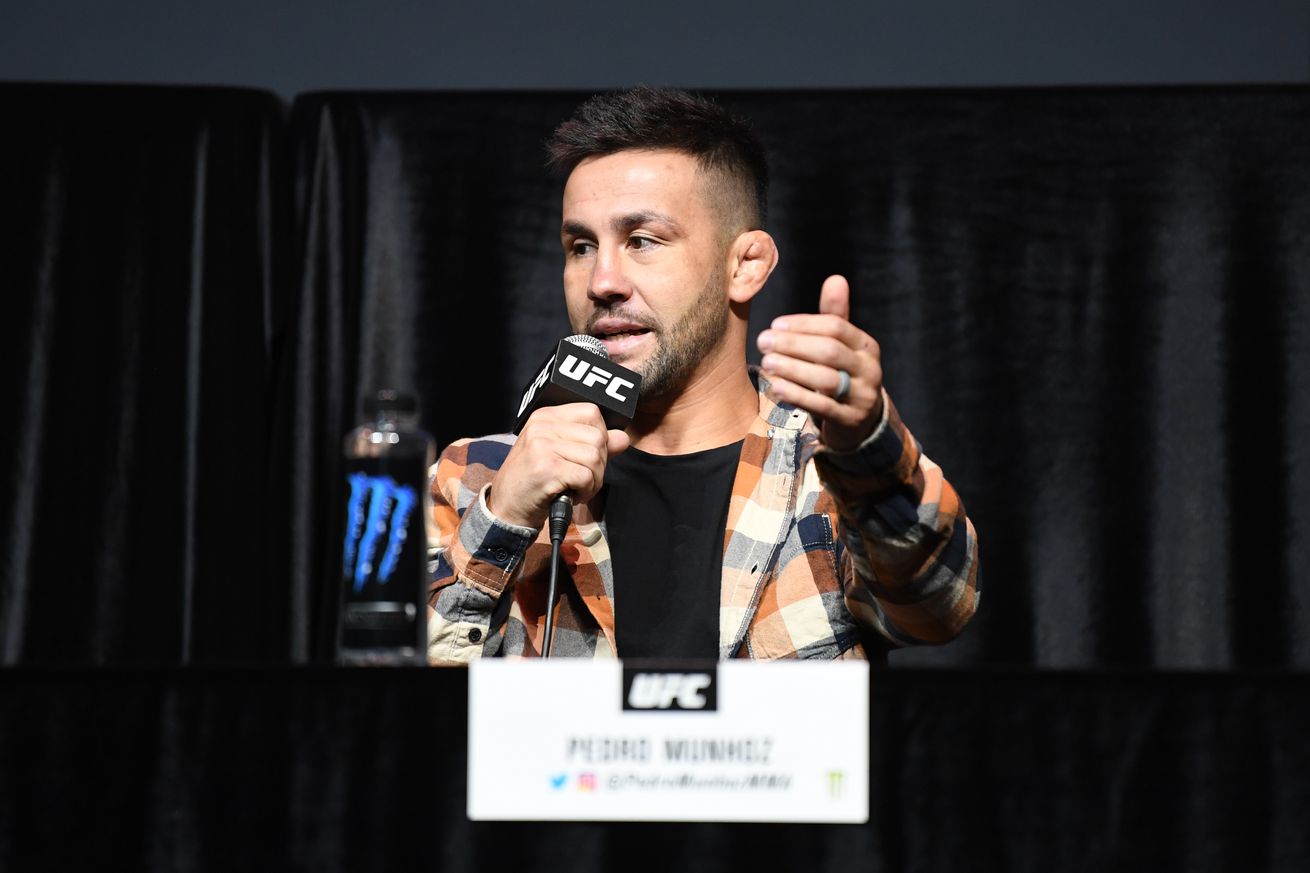 Get the Full StoryPedro Munhoz will take on Sean O Malley at UFC 276. Photo by Josh Hedges Zuffa LLC

Munhoz thinks it s ridiculous that O Malley acts as if he s undefeated despite losing to Marlon Vera in 2020 and thinks Suga needs to come to terms with the fact that he lost.

O Malley doesn t want to acknowledge the loss because of how the fight unfolded. The No. 13-ranked bantamweight suffered a leg injury moments before the TKO stoppage and claims he would have beaten Chito had it not been for the injury.

Munhoz thinks this is a very childish and immature outlook for an aspiring UFC champion and believes modern-day rap culture may be the culprit.

He s from this new generation that is influenced by rappers on social media, Munhoz told MMA Fighting s Guilherme Cruz on a recent episode of the Troca o Franca podcast. So I believe this image of being undefeated is something that defines him as a person and an athlete, but it s ridiculous. I m telling you, I think that s ridiculous. If you re injured or not, if the fight was stopped or not, you lost, buddy.

Criticism aside, Munhoz respects O Malley as a fighter and holds no animosity toward him heading into UFC 276.

I ve spent time with many guys that do this trash talk, and they do that as a way to promote themselves, but also as a form of insecurity. They have to talk to believe, Munhoz said. But I don t have anything against him. The times we were next to each other, he was never disrespectful. This is going to be my 19th fight in the organization and I think that every time I m focusing on my process and daily training, I m moving closer to my peak performance on fight night.

UFC 276, which features Munhoz vs. O Malley as the first fight to kick off the main card, takes place this Saturday, July 2 at T-Mobile Arena in Las Vegas, Nevada.