Video: Strickland may just have earned himself a title shot at UFC 276 presser 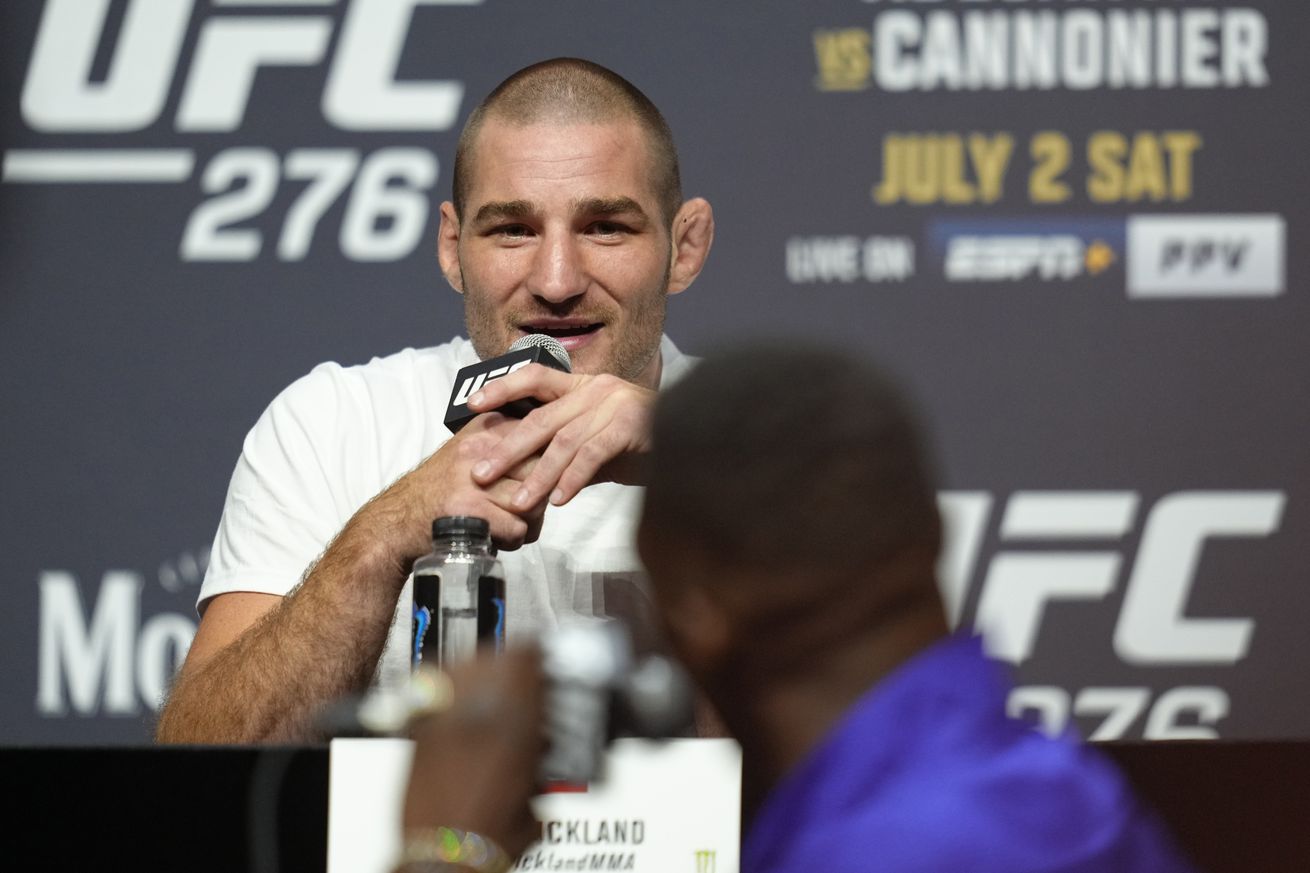 Get the Full StorySean Strickland and Israel Adesanya talk smack at each other during the UFC 276 pre-fight presser. Photo by Jeff Bottari Zuffa LLC

Sean Strickland riled up Israel Adesanya so much during the UFC 276 presser, that it may have put in him next in line for a potential title shot. Thursday s UFC 276 press conference was the first time for middleweight Sean Strickland to be part of such a major media event. And he made sure to make the most out of his opportunity.

Strickland was animated the entire time, throwing jabs at both the fighters on stage with him and some fans in attendance. But there was one point during the affair when he riled up reigning champion Israel Adesanya so much that he may have just inadvertently earned himself a title shot.

It all began when Strickland was asked about who he thought was the best striker on that stage.

I would say me, but I mean, that man Alex Pereira was the one who that slept that man Adesanya . So next to me, probably Alex.

What was it like, 2-0 against Izzy? What was it, 2-0? he said, turning his attention to Adesanya.

The two went on with their exchange as Adesanya claimed to smack Strickland s behind like a bitch before they walked onto the stage. Of course, Strickland pushed on.

At this point, the champ was already fired up enough to focus his attention on Strickland, who may have just talked himself into a potential title shot.

I ll tell you what, if you win this fight when we fight I ll knock you out. I mma do a TikTok dance over your grave, Adesanya said.

The number four-ranked Strickland 25-3 has been on a six-fight win streak beginning in 2018. And if he does get through Pereria and far enough to become the next UFC middleweight champion, he already sees a huge life change for himself.

After I beat Alex, you re gonna see I m a whole different guy. I m gonna start painting my nails, act like a female. I m gonna be wearing sunglasses inside, he said.

I m gonna leave all you guys behind. I mma be the best champion you ve ever seen. Let s go!

Strickland vs. Pereira will be part of UFC 276 s main card this Saturday at the T-Mobile Arena in Las Vegas.