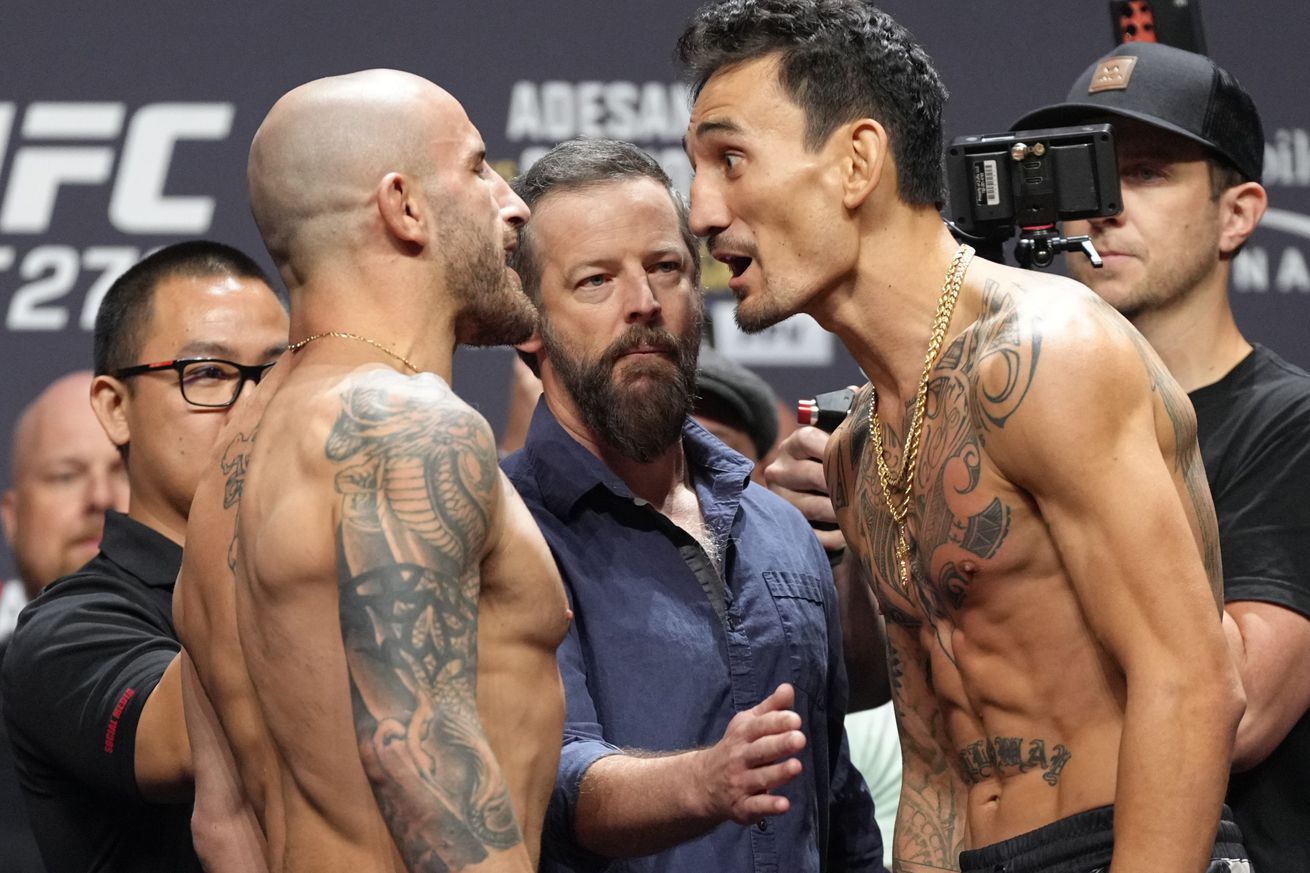 Get the Full StoryAlexander Volkanovski and Max Holloway during ceremonial weigh-ins for UFC 276. Photo by Jeff Bottari Zuffa LLC

Alexander Volkanovski and Max Holloway are fighting for the third and potentially final time on Saturday night. The Great is 2-0 against Blessed, but because their fights were so close, it was no surprise to see Volkanovski vs. Holloway 3 scheduled.

He s getting another chance because he was being stubborn and made sure no one else got that No. 1 spot, Volkanovski said of Holloway during the pre-fight press conference for UFC 276. And he is correct. Despite defeating Holloway twice, once by unanimous decision at UFC 245 and once by split decision at UFC 251, the reigning champion could not escape the former champion. The shadow of Holloway loomed over Volkanovski, who moved on to other challengers in the division.

Volkanovski dominated Brian Ortega and Chan Sung Jung in back-to-back defenses. At the same time, Holloway pushed towards a third opportunity against his foe with Fight of the Night awarded performances against Calvin Kattar and Yair Rodriguez. Now nearly three years removed from their first fight, Volkanovski and Holloway share the Octagon again in a clash of two featherweight greats.

Volkanovski and Holloway are fired up for this trilogy! Seeing how their first two fights went, we should expect another compelling classic.