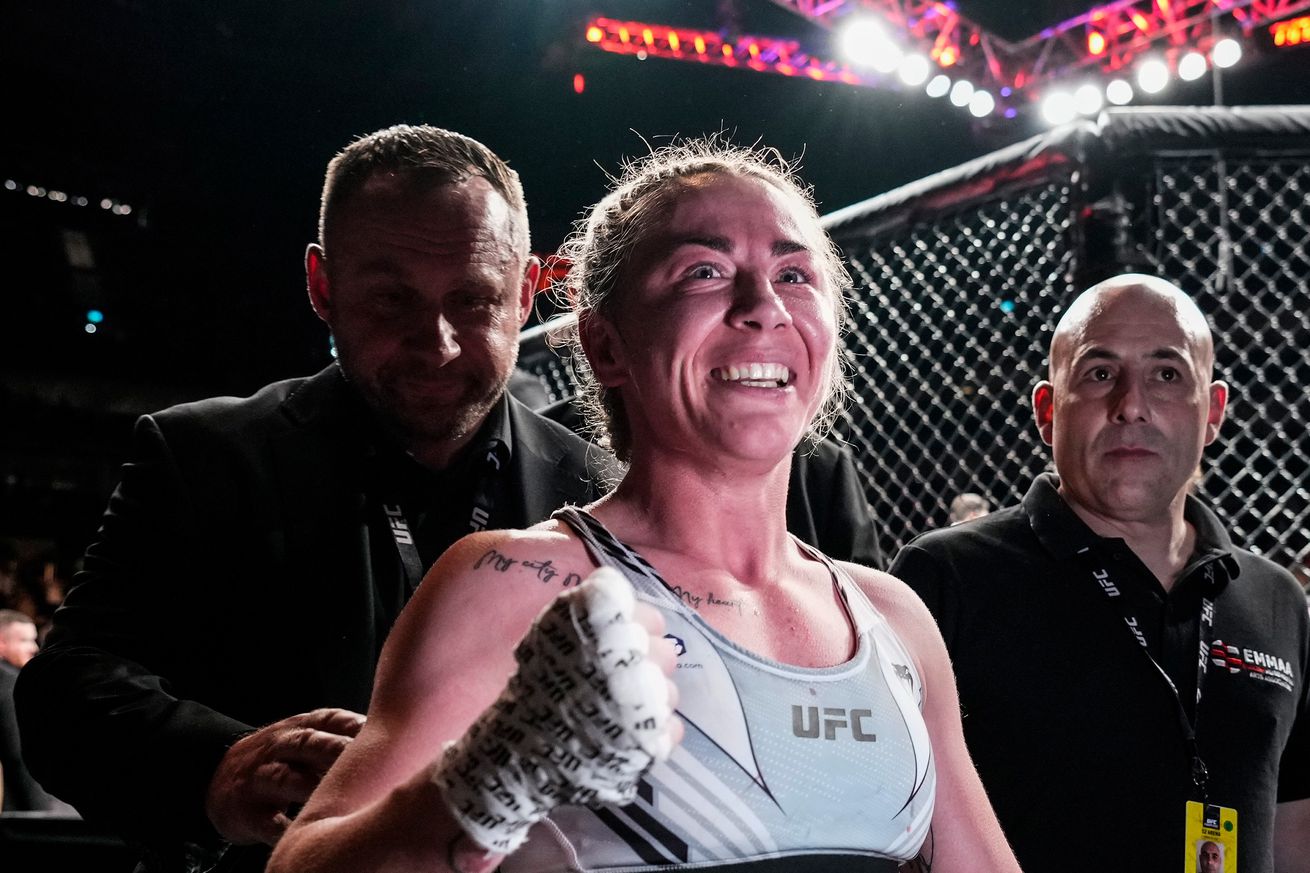 Get the Full StoryMolly McCann will take on Hannah Goldy at UFC London. Photo by Chris Unger Zuffa LLC

UFC flyweight Molly McCann was keen to point that out during a recent interview with Sky Bet h t Sportskeeda ahead of her fight against Hannah Goldy at UFC Fight Night 208 on Saturday.

Meatball received a total payout of 130,000 in her last bout at UFC London, which included a 50,000 bonus following her Knockout of the Year candidate against Luana Carolina. On top of the pay, she s also got to fly around the world and stay in five-star hotels at no extra cost, something she ll always be grateful for.

No other promotion would fly you around the world and put you in the five-star hotels. When you arrive, you send them your weight and they ll come up with a refeed program, they ll give you food all of the week, they re with you non-stop. McCann said.

The Liverpool-native also enjoys the benefit of being able to use the UFC Performance Institute in Las Vegas where she can undergo free physio sessions and enroll in free strength and conditioning programs.

Then you ve got the Performance Institute, which is like the EIS English Institute of Sport we ve got one in Las Vegas where you re allowed to go and use for free, so you ve constantly got free physio therapy , strength and conditioning programs , she said.

McCann s praise comes in stark contrast to some other fighters on the UFC roster who are critical of the UFC s current model and demand higher pay. UFC heavyweight champion Francis Ngannou, for example, is involved in a standoff with the UFC over his current deal. The African-born knockout artist is awaiting a more lucrative contract with the freedom to compete in boxing as well as MMA.

YouTuber turned boxer Bernie Sanders Jake Paul is one of the most vocal critics of UFC fighter pay despite never having fought in the organization. The 25-year-old claims fighters are treated unfairly and suggests Francis Ngannou and Jon Jones should each receive 10 million for a super-fight at heavyweight.