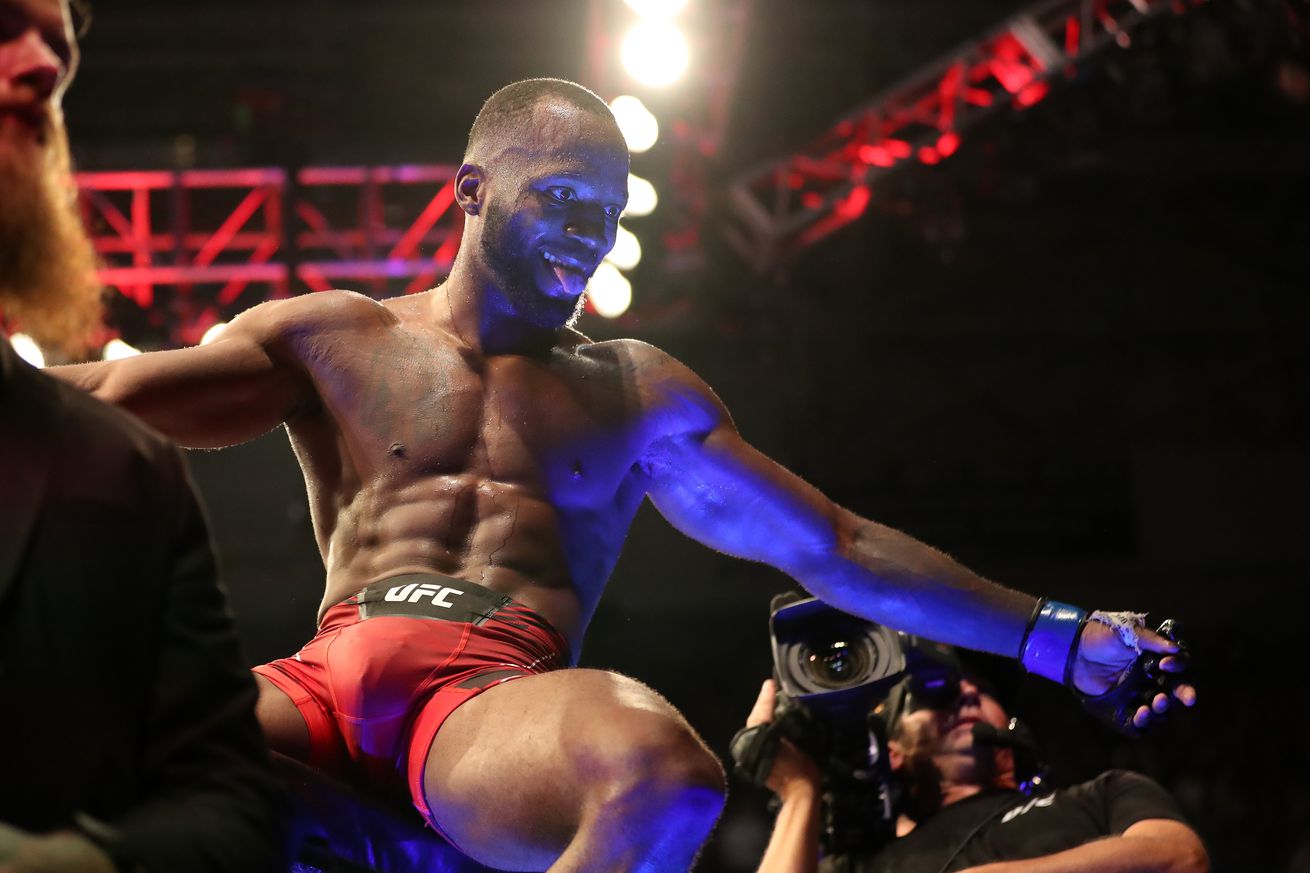 White says newly-minted champ Edwards is walking on water since his knockout of Kamaru Usman and that the Jamaican-born Brit will likely have his first title defense in the U.K. on prime time TV, but not necessarily in London.

White revealed that the UFC is looking at multiple venues for their return to the U.K. next year, leaving the door open to a possible trilogy bout between Edwards and Usman in Rocky s hometown of Birmingham, England.

Usman is looking forward to the rematch and I saw Leon today, too. That kid s walking on water and couldn t be higher than he is right now, White told the media at a UFC press conference in Las Vegas on Tuesday h t The Mac Life . He s down, he s ready to defend. He s ready to take on whatever it is. He s going on a whirlwind media tour when he goes home. A lot of stuff changes when you get that belt. His whole world s about to change in the next few weeks but he s ready for it.

Talk about somebody that s had nothing but bad luck and one of the things that we were talking about was that kid accepted the Khamzat Chimaev fight two or three times, who was unranked. He s legit, man. That kid is legit. He was down to fight anybody, anytime, anywhere. He just had a really great string of bad luck.

We put a fight night on at the O2 and it sells out in minutes. Imagine what we can do with this thing. It s gonna be massive over there. We weren t planning on going to England again. Just like last time I left England.

Edward's shock come-from-behind win over Usman saw the Next Generation MMA product become only the second British fighter to win a UFC title, etching his name into the MMA history book alongside fellow Brit and former UFC middleweight titleholder Michael Bisping, who was the first ever British UFC champion.