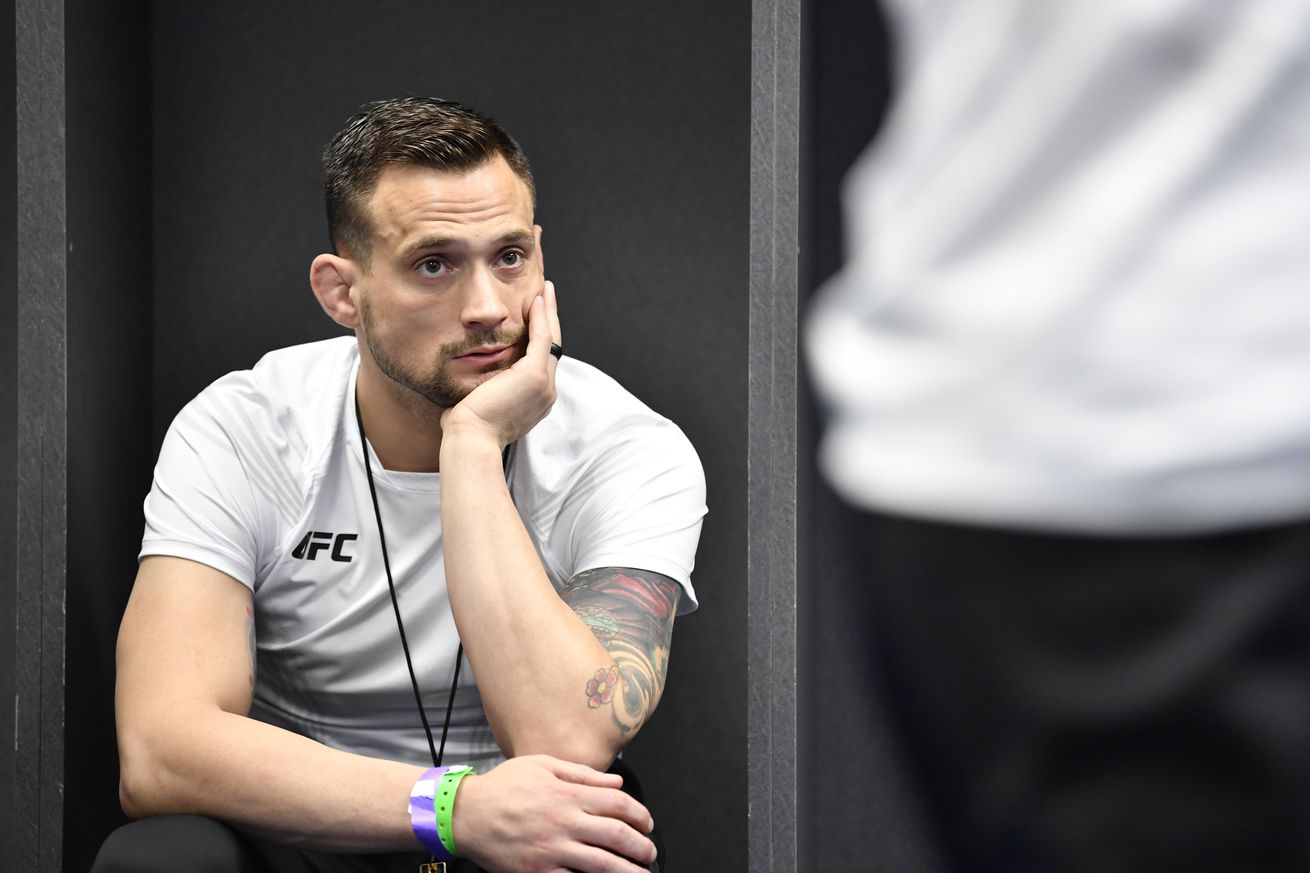 UFC allows fighters and coaches to bet on UFC bouts and that s not great Recently retired UFC fighter and active owner and head instructor of Glory MMA, James Krause is offering paid access to his betting tips. As his site says, All betting plays come from me, James Krause, UFC coach & MMA Bettor.

I have issues with this and the fact that the UFC via its UFC Fight Pass streaming service is platforming Krause s podcast.

If Krause was an NFL coach, player or an employee of the league, it would forbid him from betting on NFL games in any form. As the NFL s gambling policy states:

NFL Personnel are restricted or prohibited from engaging in the following gambling-related activities, regardless of whether such activities are legal:

1. Betting on Football: All NFL Personnel are prohibited from placing, soliciting, or facilitating any bet, whether directly or indirectly through a third-party, on any NFL game, practice or other event. This includes betting on game outcome, statistics, score, performance of any individual participant, or any other kind of proposition bet on which wagering is offered.

In fact, NFL personnel are prohibited from placing, soliciting, or facilitating bets on any other professional, College or Olympic sports competition, tournament or event.

Further the policy says, NFL Personnel shall not enter into, utilize, or otherwise visit a Sportsbook at any time during the NFL playing season. Other than to pass through to access a permissible area of a casino or hotel.

I understand that. I also realize the optics are bad when a coach is offering betting tips and accepting money for those tips and the UFC is distributing that content.

Let me use the NFL policy to explain why I feel its a bad look for Krause or any coach or fighter to offer UFC betting tips paid or unpaid .

According to the Inside Information and Tipping section of the NFL policy:

Unless duly authorized, NFL Personnel are prohibited from using, disclosing or providing access to confidential, non-public information regarding: a any NFL game or event; b any participating individual s availability for or performance in any NFL game; or c any other conditions material to any NFL game for a gambling-related purpose, whether directly or through another person. This includes failing to report any request for, disclosure of, or possible disclosure of such information.

As a coach, Krause could will? have confidential, non-public information on some fighters. That s just the nature of being a coach. Again, this is not to put a spotlight on Krause, a fighter, training partner or even just someone who works out in a gym with a UFC competitor might have inside information on a fighter that could lead to them having an edge on other bettors.

Krause seems to know that offering advice on fighters he coaches is a touchy area and I will give him credit for recusing himself from offering a betting tip on his podcast on one of his own fighters. In the lead up to the recent UFC San Diego fight card, Krause said of the co-main event, where his fighter, David Onama was a participant, Co-main event, Nate Landwehr vs. my boy, David Onama. How do you feel about this. I m going to defer to you on this because I m slightly biased, before throwing it to his co-host Shay Handicapping who then said, This was the biggest bet I ever placed in my life. I got down nearly 3 million on David Onama, I ve hedged off a lot of it

However, and this could fall under that insider information phrase, Shay Handicapping then said, of one of the things that concerned him about Onama, The other one concern is a minor technical thing. The only area where we see some slight regression in David s game. I know you ve addressed it. I m not going to mention it here, now. I don t think that s going to be an issue, either.

Then, despite his hands off approach at the start of the segment, Krause offered his thoughts on paths to victory and then said, I like, obviously Onama s my guy I like him in this spot, a ton, but from a betting perspective, all emotion aside, I do like him as the betting favorite as well.

If I had my druthers, Krause would have clearly stated that he is the coach of Onama and that he would have remained silent on the the fight.

Actually, if I had my way, UFC fighters and coaches would be prohibited from betting on or giving advice on gambling on UFC fights because of the inside information aspect of the entire endeavor and in the hopes of quieting any talk of corruption or collusion on the part of anyone involved with a fight.

None of this is to say people should not have the right to bet on UFC fights, stats and outcomes. If gambling on UFC is legal in a locale, bet to your heart s content, but a fighter or a coach should be prohibited from doing so because of the optics and to avoid the influence of those who might want to affect the outcome of a fight.

Whenever someone who potentially has inside information or who could influence the outcome of a fight bets on a bout, there is going to be suspicion.

To be clear, I m not accusing Krause or anyone of any nefarious activity, but the UFC in allowing fighters and coaches to place wagers on fights is opening itself up to criticism and suspicion, because after all, we know of at least one case where a fight fix was attempted during a UFC event.

Bloody Elbow reached out to the UFC for its policy on UFC employees and betting on UFC fights. The promotion did not reply before publication. If we hear from the UFC, this story will be updated with its response.