Diaz might surprise everybody - Luque sees opportunity for upset against Chimaev 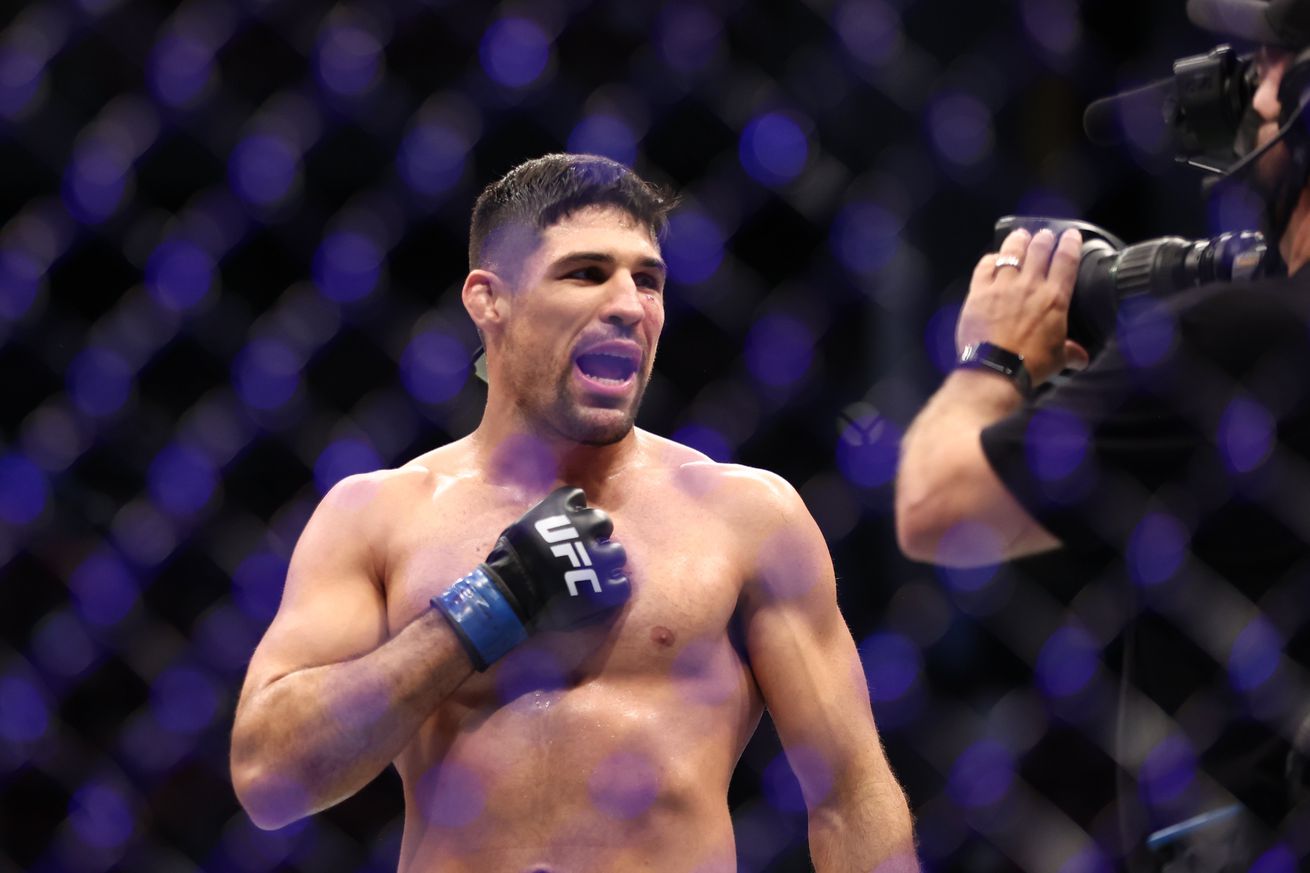 Get the Full StoryVicente Luque got knocked out by Geoff Neal in August 2022. Troy Taormina-USA TODAY Sports

Welterweight Vicente Luque gave his thoughts on the upcoming UFC 279 PPV main event between Nate Diaz and Khamzat Chimaev. UFC welterweight Vicente Luque doesn t have any qualms about Khamzat Chimaev being the favorite to beat Nate Diaz in the upcoming UFC 279 PPV main event. But, that doesn t mean he can t see room for an upset. Although Khamzat Chimaev has a ton of momentum behind him, the Silent Assassin thinks there s room for the underog to pull off the win under the right conditions.

In an interview with Ag Fight, the Brazilian emphasized Nate s extraordinary cardio and how he tends to battle his way back into fights as they progress. For that reason, the Brazilian believes Diaz could have a better chance to beat Chimaev in the later rounds of their five-round main event.

Because of Chimaev s hype, I do think the UFC wants him to fight for the belt if he beats Nate, Luque explained. When you look at all the hype and the way the UFC has been building him up, I put him as the favorite. However, it s a fight that might get complicated for him if it goes to the second, third round and so on. If Chimaev gets tired, Nate might pick up the pace and surprise everybody.

In his last outing, Luque 21-9-1 suffered a brutal KO loss at the hands of Geoff Neal. That defeat put the 30-year-old on a two-fight skid, with a unanimous decision defeat to Belal Muhammad back in April. The Brazilian s latest win dates back to August 2021, when he submitted MIchael Chiesa at UFC 265.