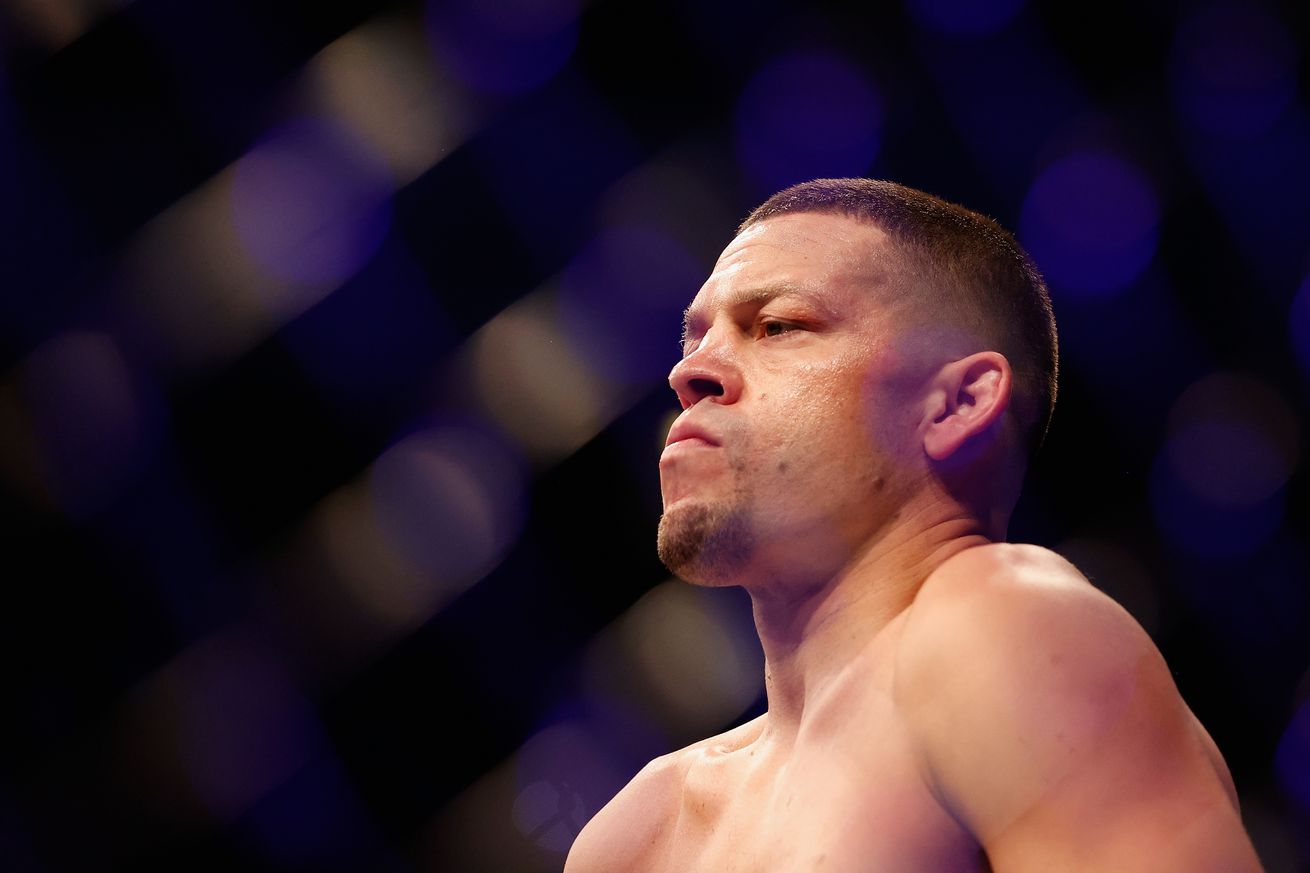 There is no doubting Diaz s resiliency and toughness. Famed MMA trainer Firas Zahabi once described Diaz as such, If you put him in a fight where there is no time limit, I think he beats 99 percent of fighters. You can t sub him. You can t finish him. The guy doesn t stop walking forward. He puts volume on you. He is the scariest, in my opinion, street fighter in MMA. Nate Diaz is one of the scariest street fighters.

That s an apt description and one that has made Diaz one of the most popular fighters to step inside the UFC octagon.

Diaz s ability to absorb damage and keep coming forward is almost cartoon-like. He s the character who gets knocked down, dusts himself off, shakes his head and punches himself in the chin to clear the cobwebs before he smiles through a mask of blood and invites his opponent to try again and harder.

Diaz s ruggedness makes the stats that follow frightening when it comes to his upcoming September 10 bout against Chimaev.

There is only one fighter active or retired who has landed more significant strikes per minute than Chimaev s 7.89 that is Daniel Rodriguez at 8.24 significant strikes per minute. There s also no arguing that Chimaev s strikes are very significant. These aren t Colby Covington type strikes designed to keep an opponent occupied and busy throwing up defense. No, Chimaev intends to do damage and end fights with his efforts and he has done that to the tune of six knockout wins in his career.

Diaz can absorb strikes with the best of them, but his ability to do so without hitting the mat needs to be questioned at welterweight. Conor McGregor knocked him down three times at UFC 202 and Jorge Masvidal put him on the deck twice at UFC 244. Before that, Diaz was knocked down just four times in 22 total UFC contests.

Diaz is getting hit more and losing more over the past few years. That s a worrisome prospect ahead of UFC 279.

Not only is Chimaev active, he is accurate. He ranks 10th in UFC history in significant striking accuracy at 59.8 percent, which puts him seventh among active UFC fighters.

Diaz had a striking defense of 42 percent against Edwards, 38 percent vs. Masvidal, 49 percent in his win over Anthony Pettis and 43 percent in his UFC 202 loss to McGregor. Those numbers are all well below his career defensive average of 52 percent.

Chimaev has a plus 3.59 striking differential

With Diaz s defensive numbers slipping and the number of significant strikes his opponents land against him increasing, the striking differential number does not bode well for Diaz in this matchup.

What does it all mean?

If I m to extrapolate something from these numbers, it would be that Diaz is in for a very trying time when he faces Chimaev on September 10 in Las Vegas. Barring a wholesale change in fighting styles from both men, Diaz is going to get tagged a lot. Expect his toughness and resiliency to be put to the test.

There s also the chance that the Nevada State Athletic Commission doctors will be called in to assess the cuts that Diaz is likely to sustain in this fight and consider his ability to absorb additional damage. Further, there s also the prospect that Nick Diaz or another member of the younger Diaz s corner will be called to throw in the towel in this contest something that has happened in the past from Nick in a fight Nate was losing.

I know I m painting a gloomy picture for the main event of UFC 279, but this forecast is based on recent outcomes and the numbers. With that being said, if there is one fighter on the UFC roster who could turn things upside down and shock the MMA world, it s Nate Diaz.