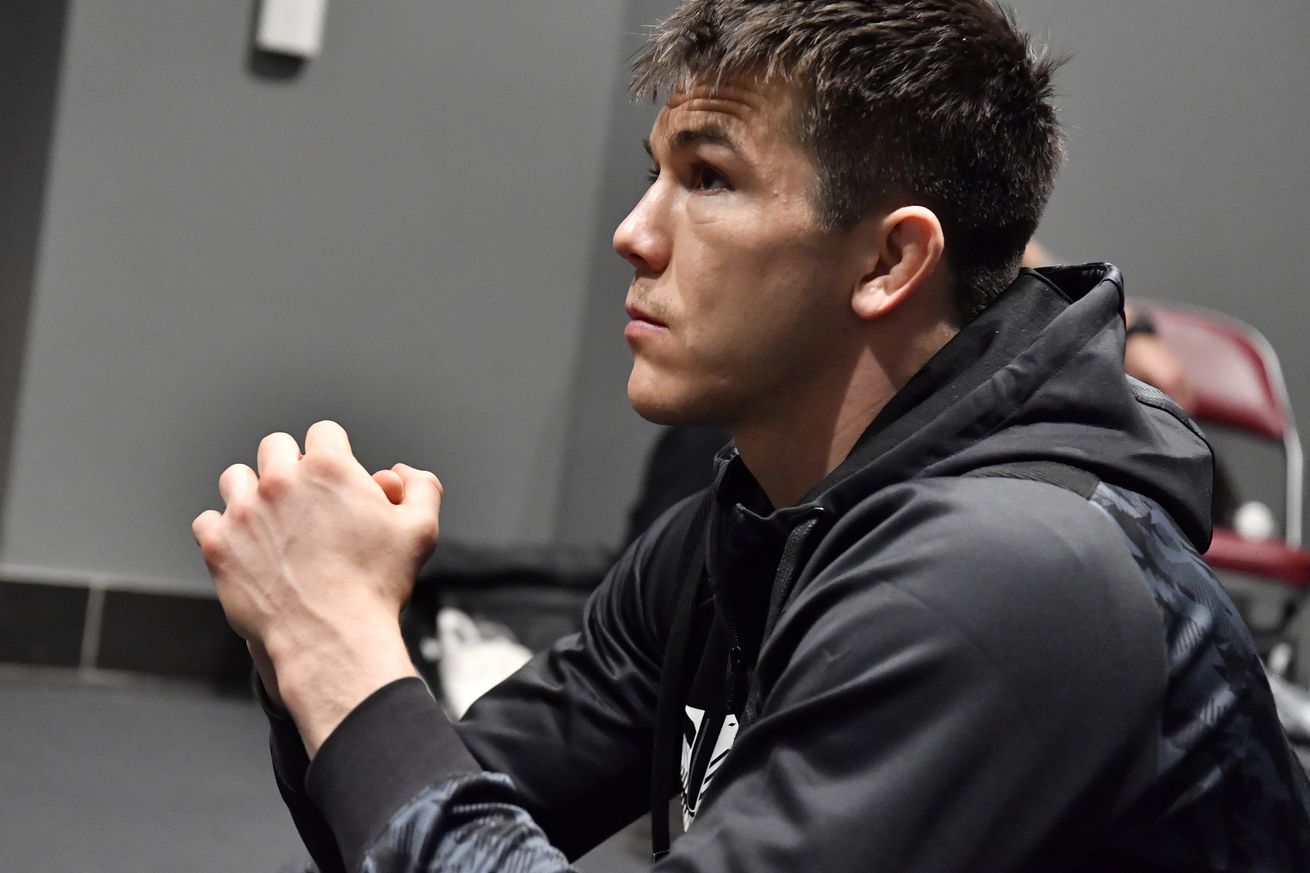 Get the Full StoryAlexander Hernandez before his UFC 271 fight vs. Renato Moicano. Photo by Mike Roach Zuffa LLC

Iridium Sports Agency announced on Wednesday that the UFC lightweight veteran will take on Billy Quarantillo at UFC 282 on December 10th. It s Hernandez s first fight at featherweight since a regional scene win over Joel Scott back in 2013.

Hernandez 13-5 seemed destined for lightweight title contention when he burst onto the UFC scene with a stunningly quick KO of Beneil Dariush, followed by a decision over Olivier Aubin-Mercier. A showdown with Donald Cerrone proved to be too much for Hernandez, who was knocked out by Cowboy in what proved to be the final stoppage win of Cerrone s career. Since then it s been an up-and-down period for the 29-year-old, alternating wins over Francisco Trinaldo, Chris Gruetzemacher, and Mike Breeden with losses to Drew Dober, Thiago Moises, and Renato Moicano.

Quarantillo 16-4 hasn t fought since a thrilling three-round decision loss to Shane Burgos at UFC 268 last November. That would ve been Fight of the Night on most other cards, but they had the great misfortune of following the Justin Gaethje vs. Michael Chandler classic. Having been eliminated early on The Ultimate Fighter back in 2015, Quarantillo eventually got into the UFC through his win on Dana White s Contender Series in 2019. He started his UFC career with three straight victories over Jacob Kilburn, Spike Carlyle, and Kyle Nelson before a loss to Gavin Tucker. His last win was a third-round TKO stoppage of Gabriel Benitez in July 2021.

UFC 282 is expected to take place at the T-Mobile Arena in Las Vegas, Nevada. A light heavyweight title rematch between Jiri Prochazka and Glover Teixeira is targeted for the event but nothing s official on that front. One high-profile matchup confirmed for the card is a welterweight fight between Santiago Ponzinibbio and legendary former UFC champion Robbie Lawler.