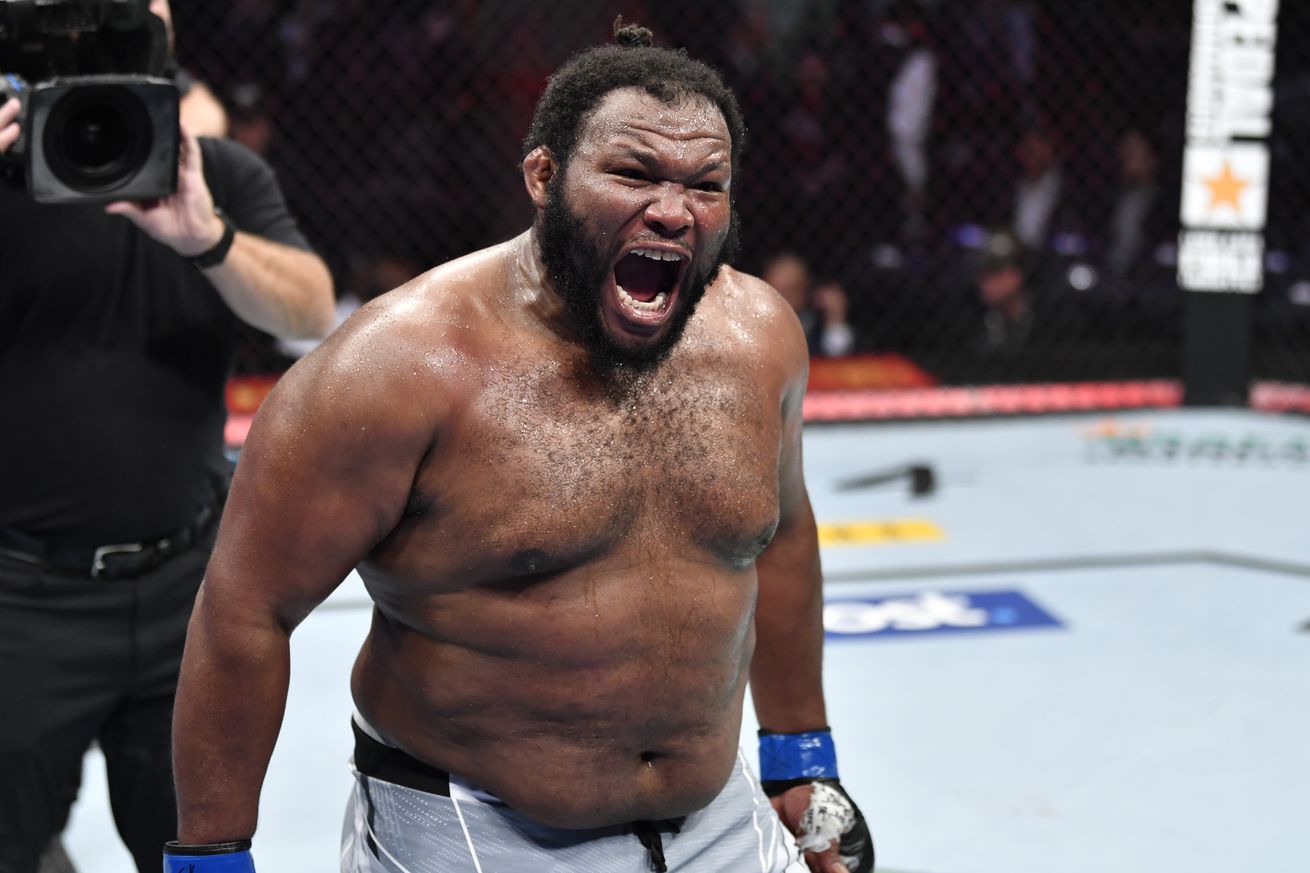 Chimaev, who is the No. 3 ranked fighter in the official UFC welterweight rankings, risks his position in those rankings and his unbeaten record against a fighter in Diaz who has nothing to lose. This bout marks the final fight on the unranked Diaz s contract with the UFC.

In the evening s co-main event, former interim UFC lightweight champion, Tony Ferguson looks to end a four-fight losing skid, which dates back to May 2020, with a move up to welterweight. Ferguson does not have a simple task on his hands, as he is matched up against the No. 14 ranked fighter in the division, Li Jingliang, who is coming off a July knockout win over Muslim Salikhov.

Ahead of the September 10, ESPN streaming PPV event, I look at the questions and storylines to follow on the prelim portion of the UFC 279 fight card.

Hakeem Dawodu vs. Julian Erosa - Who will seize the moment?

Hakeem Dawodu has not had a consistent UFC career. He signed with the promotion in 2018 and went 1-2 out of the gate. His activity dropped to two fights in 2019, both wins. Dawodu stepped into the octagon once is 2020 win and a single time in 2021 loss . He returned to action in February with an excellent decision win over Michael Trizano.

The 31-year-old Canadian brought a decent amount of hype with him when he joined the promotion. That excitement has faded because of his inability to stay active. With this matchup against Julian Erosa, Dawodu has an outstanding opportunity to build on the momentum he picked up with his win over Trizano.

Erosa has really turned things around in his third stint with the UFC. His first run with the promotion in 2015-16 lasted two fights 1-1 . He returned to the promotion in 2018-19 after going 7-2 outside the UFC. Erosa had no luck in his second stretch with the UFC and he went 0-3 before the powers that be gave him a second pinks slip. Fortune smiled on Erosa in 2020 when the UFC tapped the now 33-year-old as a late replacement after just one fight outside the octagon.

A monster underdog in that contest, Erosa scored an upset submission win over Sean Woodson, earning his first UFC bonus. Since that outing, Erosa has gone 3-1. He is riding a two-fight winning streak heading into UFC 279 and coming off a Fight of the Night win over Steven Peterson.

With both these fighters coming off big wins and the bout serving as the lead in for the pay-per-view card, I expect these men to know how significant this fight is to their progress and trajectory. This could be an exciting stand up battle that could launch the victor into a battle opposite a top-15 opponent.

Jailton Almeida vs. Anton Turkalj - Can Almeida keep his momentum?

This is kind of a weird one. The UFC initially booked Jailton Almeida to face Shamil Abdurakhimov at UFC 279 in a heavyweight scrap. However, visa issues forced Abdurakhimov to withdraw. With that, Anton Turkalj stepped in and the promotion switched the bout to a catchweight of 220 pounds.

With that, Almeida might need to spend a few minutes in the sauna on weigh-in day or perhaps skip his breakfast before he steps on the scale.

Almeida is a physical specimen, who could fight at light heavyweight if he wants to and did in his UFC debut , but he said he is a much happier person without worrying about cutting weight and since the UFC is offering him heavyweight fights, he s taking them.

Almeida is 2-0 in the UFC with two first round finishes. The 31-year-old is incredibly strong. He has powerful takedowns, a heavy top game, incredible patience and the ability to stop the fight via strikes or submission.

Almeida looks like a genuine prospect, but he hasn t had the chance to face a name opponent yet. He won t do that at UFC 279 either. With that, Almeida needs to keep his run of dominant finishes going. On the downside, if Almeida runs through Turkalj, he might find it difficult to get a light heavyweight opponent. The Brazilian has 11 consecutive wins via stoppage. None of those fights has gone past the mid-point of Round 2.

Anton Turkalj was part of the July Dana White Contender Series card that had UFC president Dana White all fired up, and not in a good way.

I don t give a sh-t what you did yesterday, two years ago, and throughout the rest of your career, White said after the event. Right here. Right now. Show me. Show the media members that are here who you are. Show the rest of the world who you are. Who are you?

Turkalj, who is 8-0 in his career, earned a decision victory that evening, but he did not get a UFC contract. With the criticism, Turkalj and the other fighters received from the UFC boss, expect a more aggressive performance from the 26-year-old, as this could be his one and only shot to stick with the promotion.

Outside of Khamzat Chimaev in the main event, Almeida is the biggest favorite on the UFC 279 fight card.

Denis Tiuliulin vs. Jamie Pickett - Who gets their hand raised in this must win?

Denis Tiuliulin got his chance with the UFC because he answered the phone and said yes. Unfortunately for him, he said yes to facing the unbeaten Aliaskhab Khizriev, who dispatched Tiuliulin via submission 1:58 into the second stanza of their March matchup.

Tiuliulin took that fight on short notice and outside of landing a few hard strikes, he struggled with the wrestling of his superior opponent. Sometimes just getting a foot in the door is the most important thing in the UFC. We ll find out if Tiuliulin can capitalize on the opportunity when he faces Jamie Pickett at UFC 279.

The odds in this fight are much closer than in Tiuliulin s UFC debut. He was a 750 underdog in that contest. He s still an underdog here, but he is 105 to Pickett s -125.

Pickett was on a two-fight winning streak when he took a chance and accepted a short-notice catchweight fight against Kyle Daukaus in February. Daukaus won that scrap via submission with one tick left on the clock in the first round.

Pickett showed a lack of skills off his back in that fight, but luckily for him, Tiuliulin is not a fighter with the wrestling skills of Daukaus. On the flip side, in his two wins, Pickett has a total of four takedowns.

This is the type of matchup that could decide if a fighter gets another chance to stick on the UFC roster. In other words, it s a must win for both men.

Jake Collier vs. Chris Barnett - Who will have a bounce back performance?

Two big fellas who are coming off disappointing losses get down in this one. Jake Collier, who dropped a split decision to Andrei Arlovski in April, faces Chris Barnett. Barnett s last fight ended in a technical decision loss to Martin Buday after Buday landed an deemed accidental elbow to the back of his opponent s head and left Barnett unable to continue 1:37 into the third stanza of their April matchup.

The media scores for the Arlovski vs. Collier fight all went to Collier, which leads me to believe Collier and his team are going to look at that fight, which took place in Vegas and adjust their approach to make sure the judges don t have a reason to consider giving a single round to Collier s opponent. How will the former middleweight turned heavyweight do that? I would imagine with more output, more aggression, stronger defense and by looking to rack up damage.

Barnett is going to have his hands full in this contest. He absorbs almost two significant strikes per minute more than he lands and he ll be at a massive height disadvantage in this matchup.