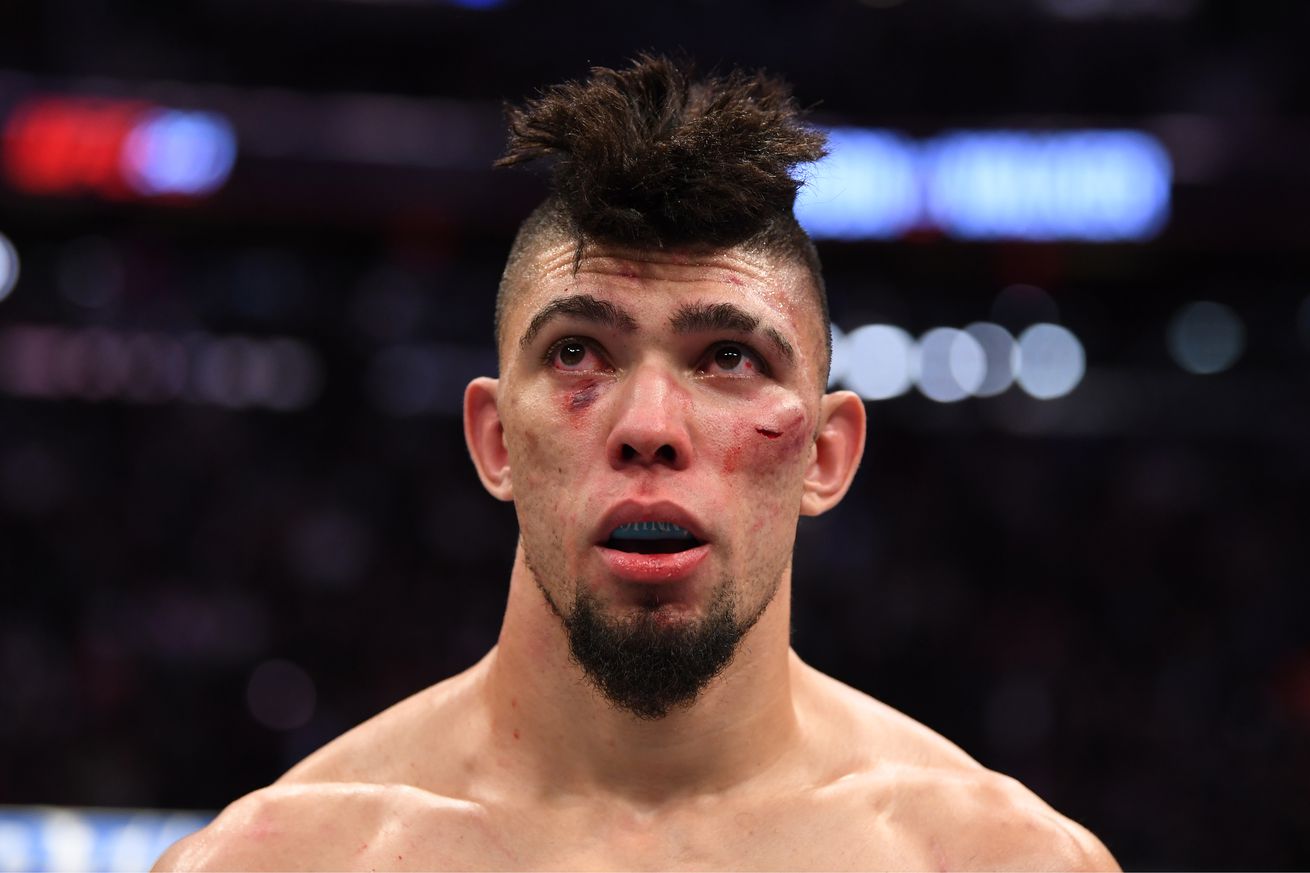 Get the Full StoryLight heavyweight Johnny Walker deals with a TKO loss to Corey Anderson at UFC 244 in 2019. Photo by Josh Hedges Zuffa LLC via Getty Images

CBD is known for its therapeutic potential, but for Johnny Walker, it was a nightmare of an experience. Many athletes turn to CBD as a form of therapy. Multiple findings over the years highlight its strong potential, and in the case of a professional fighter, for recovery and pain management.

That wasn t the case for UFC light heavyweight Johnny Walker. In a pre-UFC 279 guesting on MMA Fighting s Portuguese podcast Troca o Franca, the 30-year-old veteran revealed some mental health struggles he went through, which according to him, were caused by his CBD use.

I had no idea, and only found out four or five months ago, that CBD has a small amount of THC delta-9-tetrahydrocannabinol in it, a small percentage, and I m extremely allergic to THC, he said.

It gives me schizophrenia, panic attacks. I was getting drugged every single day for the last three years and didn t know. It s not strong, it s a small percentage, but my brain is super sensitive to those substances and I didn t know.

Walker began using cannabidiol in oil form after being approached by companies offering sponsorship deals. Upon taking ten doses after his 2021 fight with fellow Brazilian Thiago Santos as a form of pain management from an ankle injury, Walker relayed the tough episode he went through while on vacation with his fianc e in Thailand.

I went to Thailand and the first week there I had an episode. The CBD I used had higher levels of THC, he recalled. It s not a huge amount, but high enough for my brain. It took me 10 days to get back to normal , brother. I was messed up for 10 days. My fianc e had to take care of me like a baby. I wouldn t let her get away from me, I trusted nobody.

She was giving me diazepam to sleep but I spit it out, I didn t trust her. She put diazepam in a pudding and I ate two of them. I slept for half an hour and woke up and she had left for a massage, and I went after her.

I took a van, a taxi, I went after her. Brother, I gave her a hard time. I woke up in the middle of the night seeing things, woke up and started packing my bags saying I wanted to go home, that I couldn t stay there anymore. It was a tough episode, brother, and I knew it wasn t normal.

Walker had since cut out CBD from his life, a decision he says turned his life around.

When I stopped using CBD I became more confident and trusted people more, could focus on a goal, and get early to the gym. My life is 100 percent better now, brother.

I was drugging myself for the past three years and I didn t even know. I m simply healthier now, head in the right place, able to make plans and everything is working out.

I was having arguments with my fiancee all the time, thinking of a bunch of crap. I wasn t acting like my real self, you know? It was affecting me a lot and I had no idea what it was.

The more anxious I got, the more CBD I took, thinking this shit will help me calm down, and was drugging me more with the poison. I m not saying CBD is like that for everybody, it s good for anxiety, but not for me, who has hyperactivity ADHD . THC wasn t good for me and I didn t know.

Walker 18-7 will look to break a two-fight skid as he faces Ion Cutelaba to open up the main card of UFC 279 this weekend in Las Vegas.