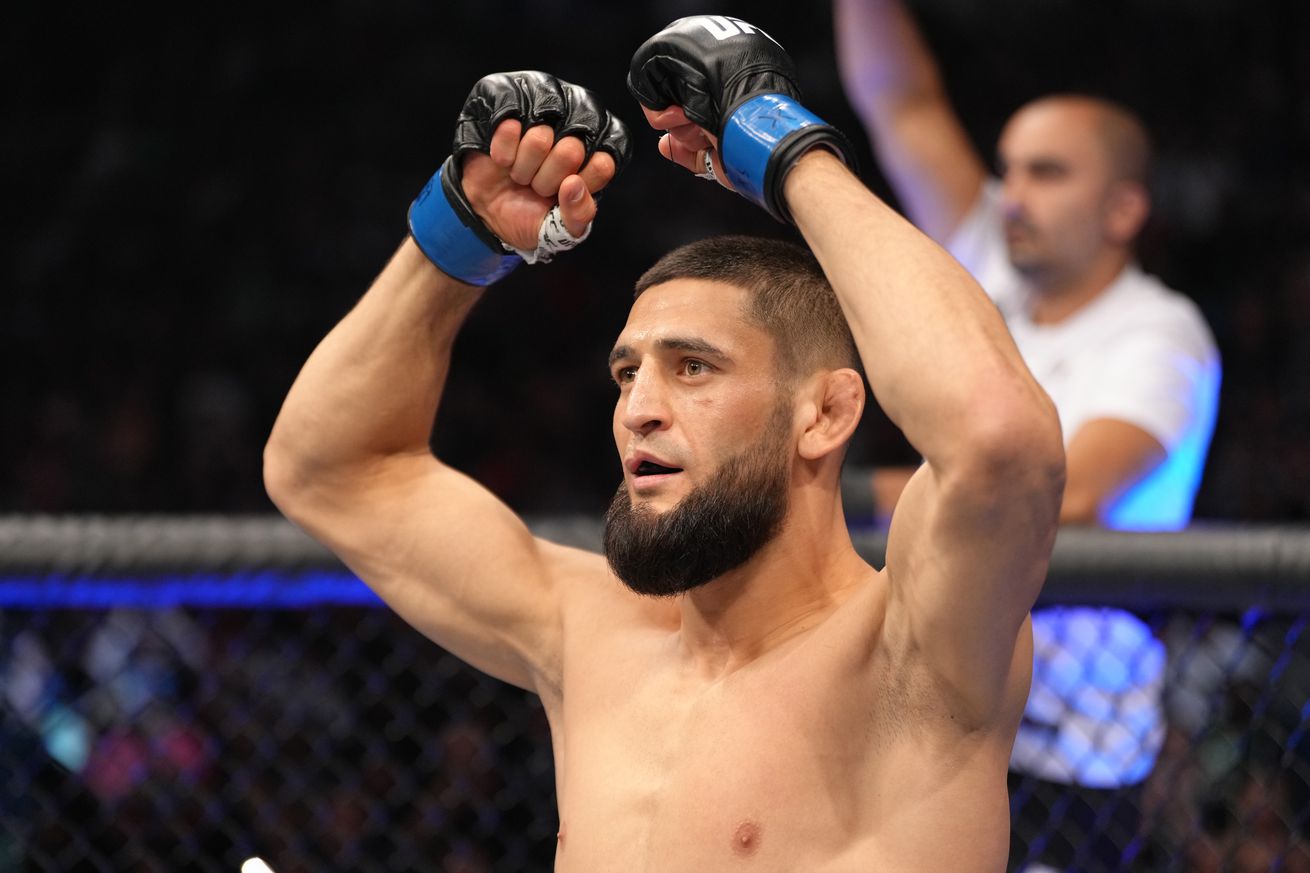 Get the Full StoryKhamzat Chimaev at UFC 273. Photo by Jeff Bottari Zuffa LLC

That is according to Andreas Michael, head coach of Khamzat Chimaev, who confirmed his fighter got into it with Kevin Holland and push kicked him. Once they were separated, another altercation happened, this time between Team Chimaev and Team Diaz.

What happened was that, Khamzat went inside by himself, then it started with Kevin Holland, said Michael on Instagram H T Cageside Press . He gave him like a boot in the chest then they started whatever they re doing, and then the Diaz crew came in and they started doing what they re doing, but nobody got injured, thank God.

We re here to fight in the cage, not in the streets, continued Michael. 50 to one type of things like that sportsmen, that s what we are, sportsmen. So let s f king be sportsmen and stop all this s t. On Saturday, we got a fight coming up, and that s the most important thing. So that s about it. The truth must be spoken.

It was reported that Chimaev confronted Holland over recent comments regarding his now-viral run-in with Paulo Costa and Jake Shields at the UFC Performance Institute. The Trailblazer branded Borz a wannabe who only does street s t when the media is around, which is what set Chimaev off.

Though Chimaev and Holland continue to have run-ins, the Allstars Training Center coach said the likelihood of them sharing the Octagon are slim to none.

Respect to everyone, we re not here to fight anyone, said Michael. And no, Kevin is not gonna get a fight with Khamzat. All this goading and all these things are not going to work. Forget about that. The same with Paulo Costa , they re not gonna get a fight. That s about it. We re gonna fight against the champs and the guys that are over us, not under us. Finished, it s done. That s how it is. We climb. We don t regress, we progress.