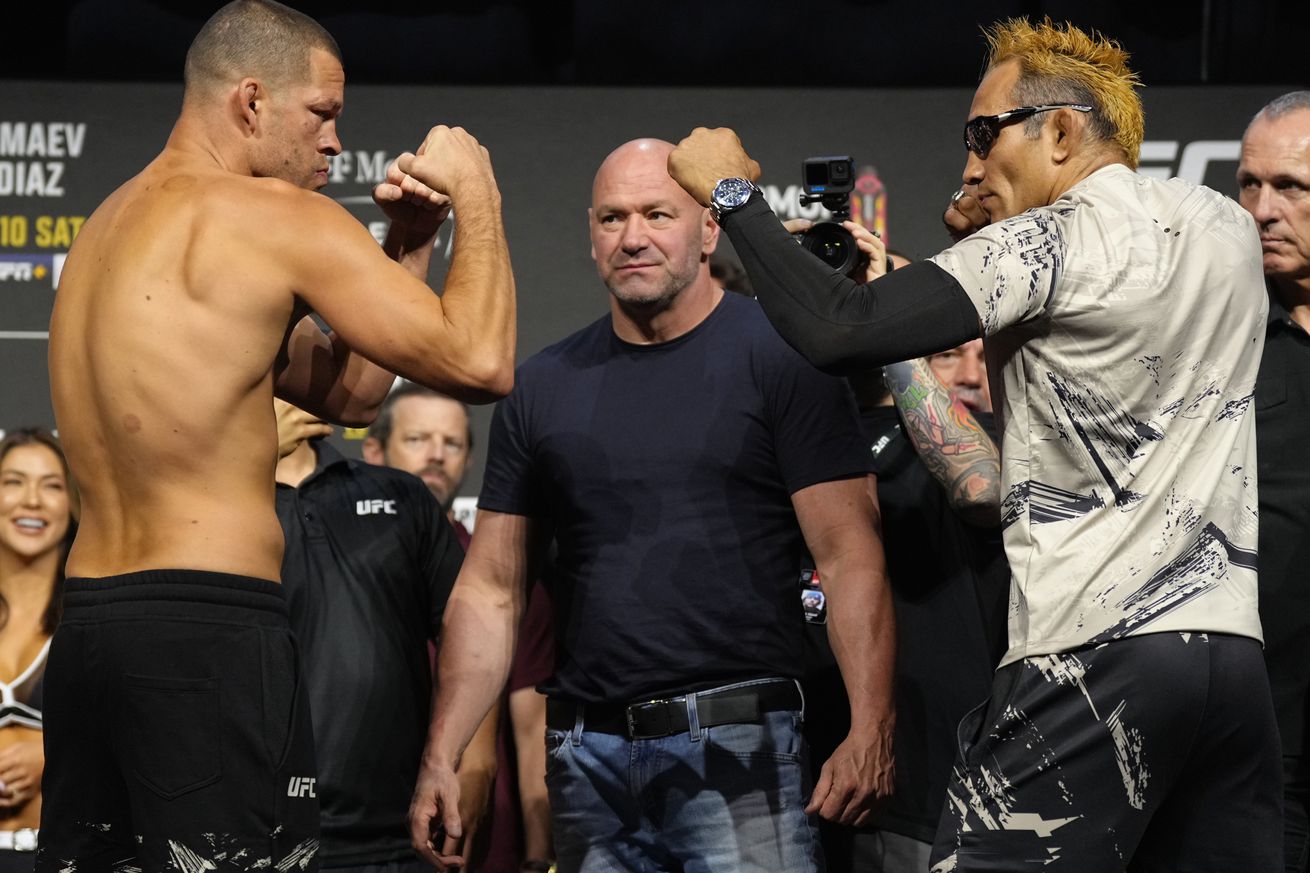 Get the Full StoryNate Diaz and Tony Ferguson at ceremonial weigh-ins for UFC 279. Photo by Jeff Bottari Zuffa LLC

In perhaps one of the most chaotic weeks in UFC history, we are getting a fight that should have happened years ago: Nate Diaz vs. Tony Ferguson.

On the final fight of his UFC contract, Diaz was supposed to share the Octagon with Khamzat Chimaev at UFC 279 a booking that was equal parts confusing and intriguing. However, because Chimaev weighed in seven-and-a-half pounds over the welterweight limit, the pay-per-view event underwent some serious changes on a few hours notice and gave us three new fights, including Diaz vs. Ferguson.

The Stockton native is 0-2 in his past two fights, but in usual Diaz fashion, he has stolen the show. From competing for a symbolic belt to nearly snatching victory from the jaws of defeat against Leon Edwards the newly crowned UFC welterweight champion, by the way , Diaz has shown time and time again why he continues to be one of the biggest draws in the promotion.

The same can be said about Ferguson, who puts on a show each and every time he sets foot in the cage. Sure, El Cucuy is on a career-worst four-fight losing streak, but he still shows up and shows out against whoever is in front of him. Expect the same when he meets Diaz on Saturday night.

Diaz and Ferguson are two UFC legends. This is going to be one hell of a fight!