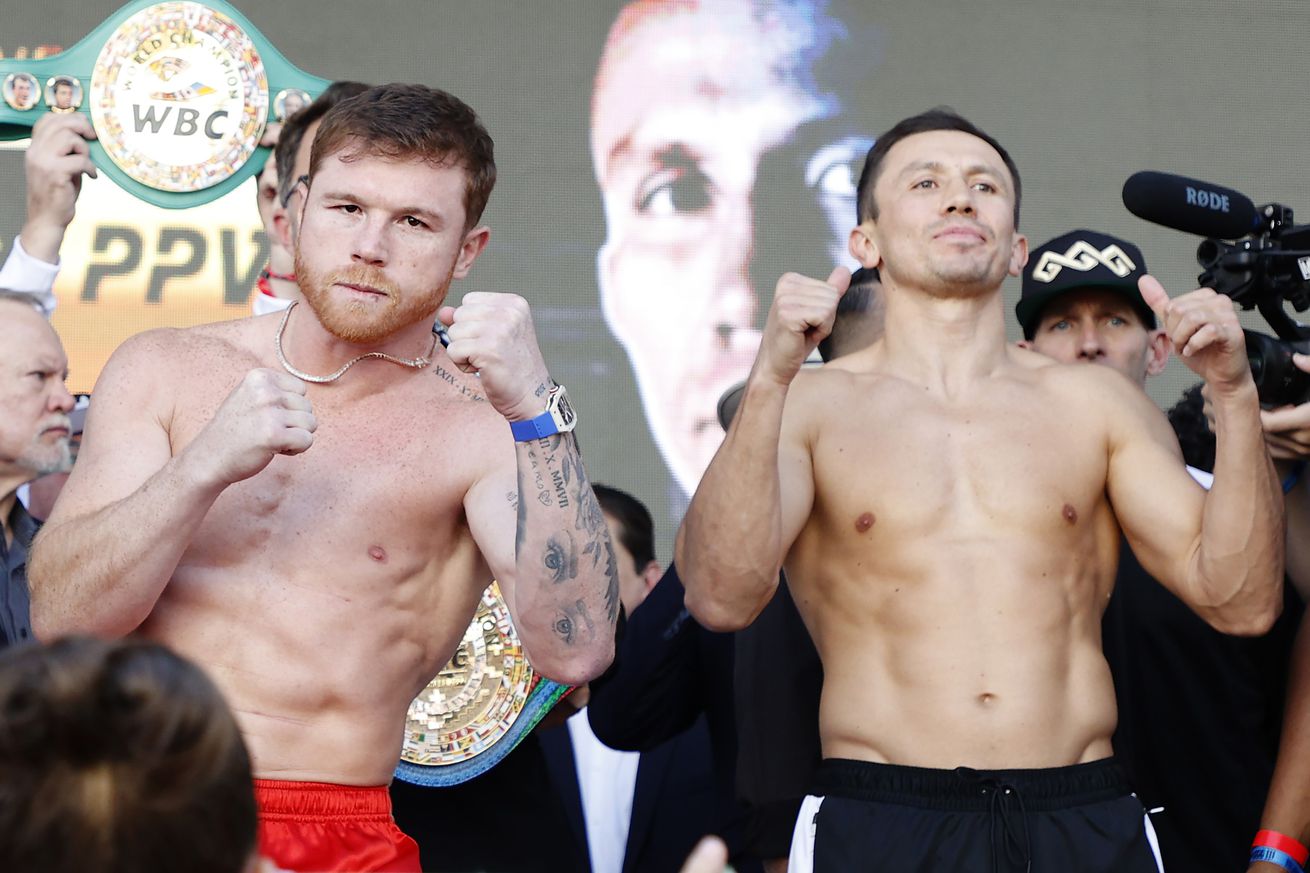 Get the Full StoryCanelo lvarez and Gennady Golovkin at weigh-ins. Photo by Sarah Stier Getty Images

Join us for a live video stream of the Canelo vs. GGG 3 post-fight press conference live stream which will kick off at approximately 12 AM ET 9 PM PT Canelo lvarez and Gennady Golovkin have fought for the third and potentially final time on Saturday.

Several years after lvarez and Golovkin began planting the seeds for a potential fight, the duo stepped into the ring and fought to a split draw in their first meeting in 2017. The very controversial decision thanks to a scorecard in favor of lvarez from judge Adalaide Byrd led to an immediate rematch, which occurred a year later.

An aggressive lvarez did enough to earn a majority decision in the second meeting in 2018. However, it was still close for some to argue that Golovkin should have gotten the nod.

Fast forward four years, and lvarez and Golovkin have now brought an end to their well-documented rivalry in front of a raucous crowd at T-Mobile Arena in Las Vegas. All that is left is to hear what they have to say at the post-fight press conference.

You can watch the video below, courtesy of DAZN on its official YouTube channel:

lvarez and Golovkin are expected to be in attendance, as well as other winners from the pay-per-view event, so feel free join us here at BloodyElbow.com and tune in.

It should be noted that the post-fight press conference may start later than scheduled, so it is best to prepare for a delay. lvarez and Golovkin are expected to walk to the ring around 11 PM ET, and depending on when the fight ends, the tentative start time for the presser could be pushed back.