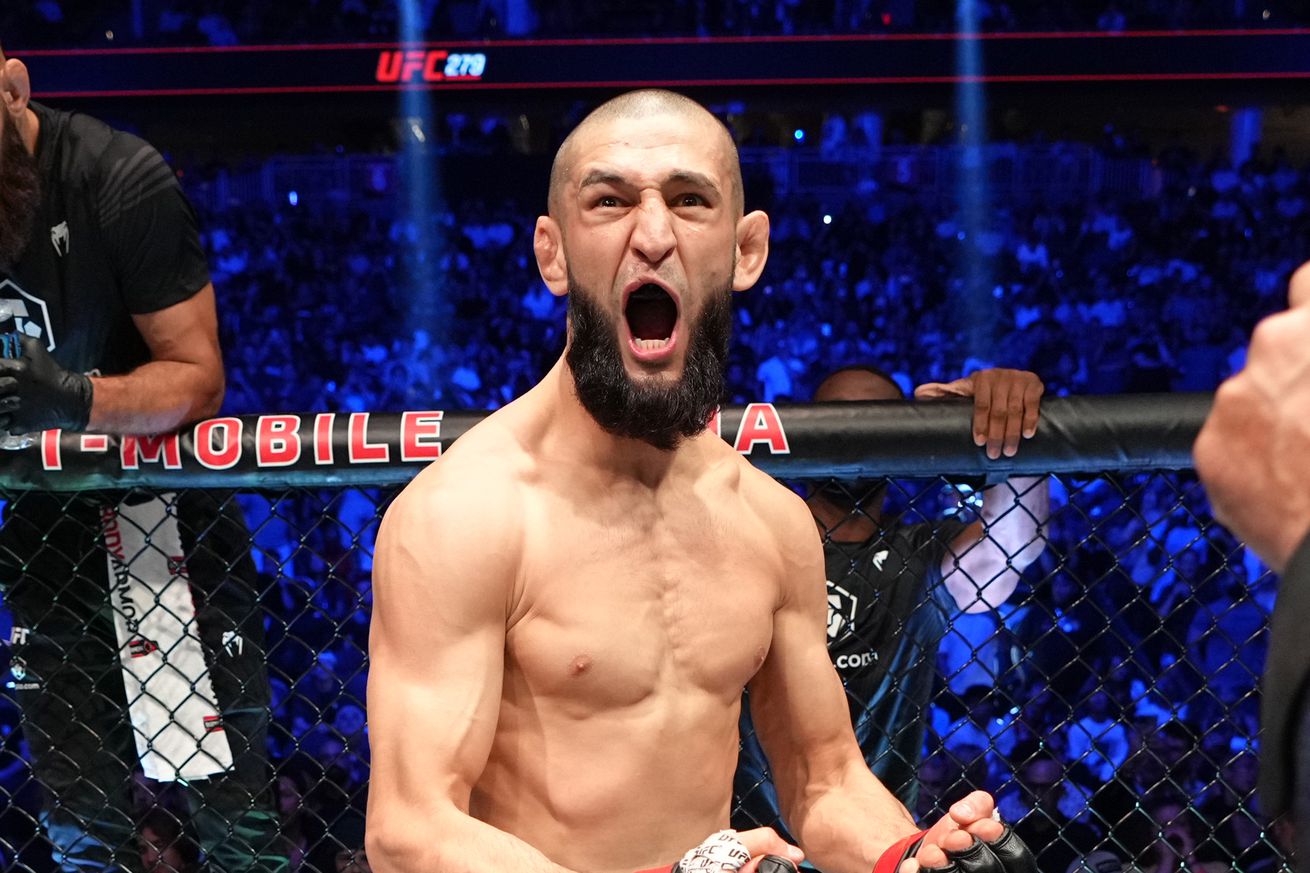 Get the Full StoryKhamzat Chimaev gets hyped ahead of his bout against Kevin Holland at UFC 279. Photo by Jeff Bottari Zuffa LLC

Nickal signed with the UFC following a second appearance on Contender Series this past Tuesday. The highly touted prospect needed less than a minute to submit Donovan Beard, and that was enough for UFC president Dana White and co. to offer him a contract. Following his signing, Nickal told Laura Sanko he would be ready to fight soon, asking for Chimaev for his first appearance.

White was not sold on the fight yet , telling Nickal to not get crazy here, but Cejudo commended the three-time NCAA Division I National Champion for going for the best of the best. In fact, Triple C said on his YouTube channel that Nickal would pose a significant threat to Chimaev, especially when it comes to the wrestling.

Bo Nickal calling out Khamzat Chimaev, man. That just lets you know where his mind is at, said Cejudo. And when I see somebody s confidence, that he wants someone undefeated and that s been looking extremely well yeah, he didn t make weight. Granted, but he s still a dangerous guy at 170 pounds. And now I believe he can no longer make 170, so it d be 185. That being said, I think this match-up is going to be down the road. It s going to be in the future, but just the simple fact that, Bo Nickal says, Hey, I want the Swedish princess, I want the guy that didn t make weight. That s the guy that I want. I just hope he shows up. It just shows his confidence.

Chimaev thinks he s good in wrestling his wrestling is nowhere near Bo Nickal, I can tell you that, continued Cejudo. He can take down these UFC guys that have never wrestled. Try taking Bo Nickal down, and 100 percent I can see Bo Nickal easily taking down Khamzat Chimaev.

Though sure Nickal can and will find success in the Octagon, Cejudo would prefer to see the 26-year-old get built up slowly. Just four fights into his UFC career, the Olympic gold medalist was vying for the flyweight championship. It did not go well, as then-champion Demetrious Johnson finished him via first-round TKO.

It was an eye-opening experience for Cejudo, who realized being fast-tracked to the top of the division was not the best idea at the time. He hopes Nickal can avoid a similar situation.

Really take your time in this game, said Cejudo. People eventually are going to start calling you out, especially if you have a closer fight, but right now, take whatever it is that Dana White and all those people are going to give you. Give yourself, at least, eight fights. I would love for the first four fights for you to be against guys that are not as experienced. I wouldn t crack into the top 15 until your first four fights. I would love for you to get your first four fights and then crack into the top 15 and then starting chipping away. And within your eighth fight, you ll be fighting for a title real soon.

Nickal is already set for his promotional debut at UFC 282, where he fights Jamie Pickett on Dec. 10 at the T-Mobile Arena in Las Vegas.