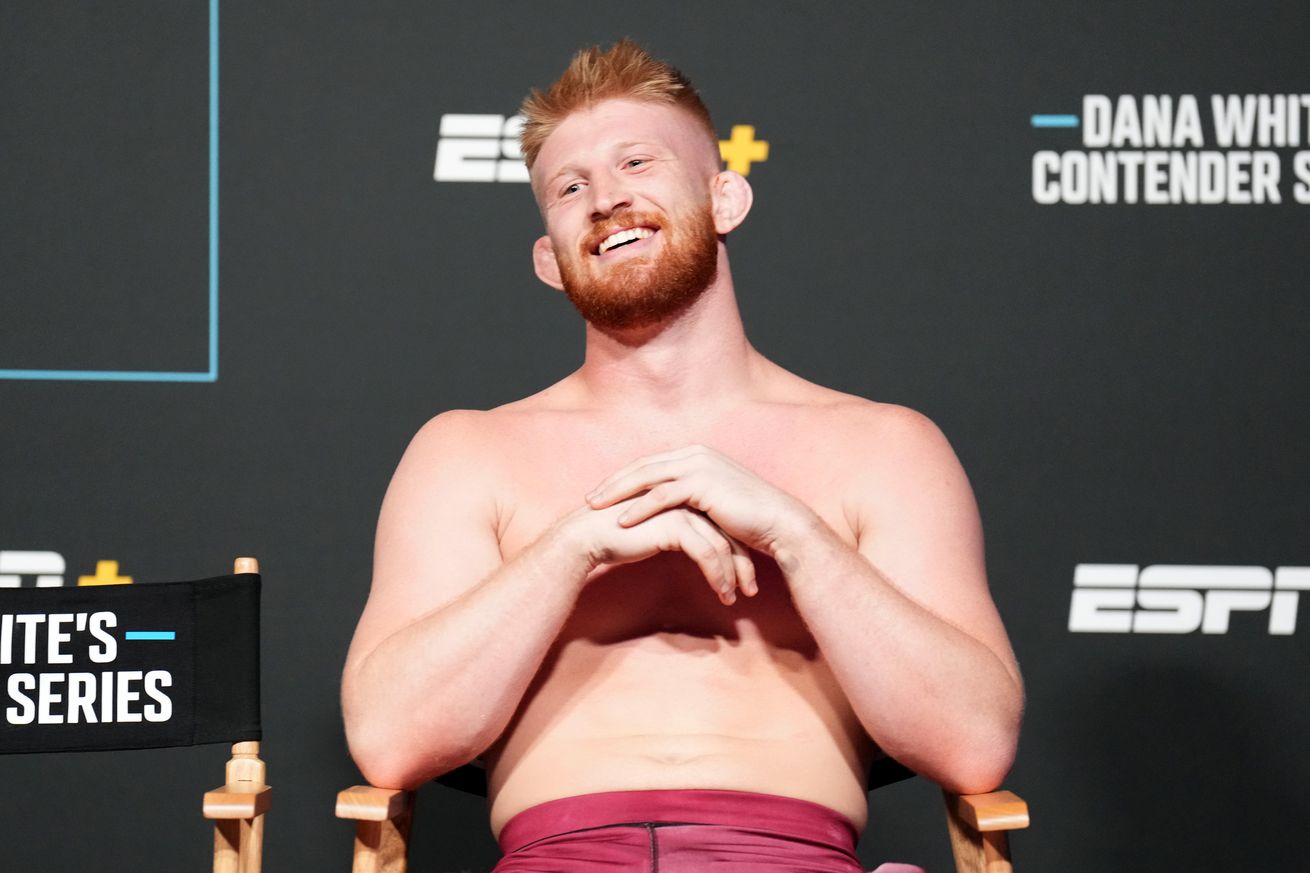 Get the Full StoryBo Nickal gets his UFC contract after winning his week 10 Contender Series bout. Photo by Chris Unger Zuffa LLC

The multiple time DI wrestling champ feels he s been well prepared for the high expectations of success inside the Octagon. Success inside the cage has come fast for Bo Nickal. With his UFC debut right around the corner, it seems that oddsmakers aren t expecting that to change anytime soon.

Nickal is scheduled to face 2020 DWCS signee Jamie Pickett on December 10th, at UFC 282 in Las Vegas. While Pickett has seven-times the MMA fight experience of the former champion collegiate wrestler, bookies put Nickal down as a landslide favorite to get the win.

Despite the obvious hype surrounding Nickal s UFC debut, however, the Allen Assassin sounds like he s well prepared for the weight of serious expectations.

It s definitely interesting, but I feel good because, I feel I ve built up to this point, Nickal told reporters of the increased attention he s experiencing, following his latest win on DWCS transcript via MMA Junkie . Some people get that fame and stardom like it s zero to 100, but for me, it s been a slow build.

Through wrestling and all the time I ve put in since a young age to get to where I feel very confident and prepared, I know how to handle these type of things. It s just been something I ve made small incremental steps to get to where I am. It s not zero to 100. I know how to handle it, and I have a great team around me, great people that love me and care about me, and I trust them. So I ll just continue to improve, get better, and on to the next.

Alongside Nickal s debut, UFC 282 is expected to feature middleweight bouts between Edmen Shahbazyan & Dalcha Lungiambula, Dricus Du Plessis & Darren Till, and Chris Curtis vs. Joaquin Buckley. Seems like the card is primed for some major shakeups at 185 lbs. Stay tuned to Bloody Elbow for more news and notes as fight night approaches.