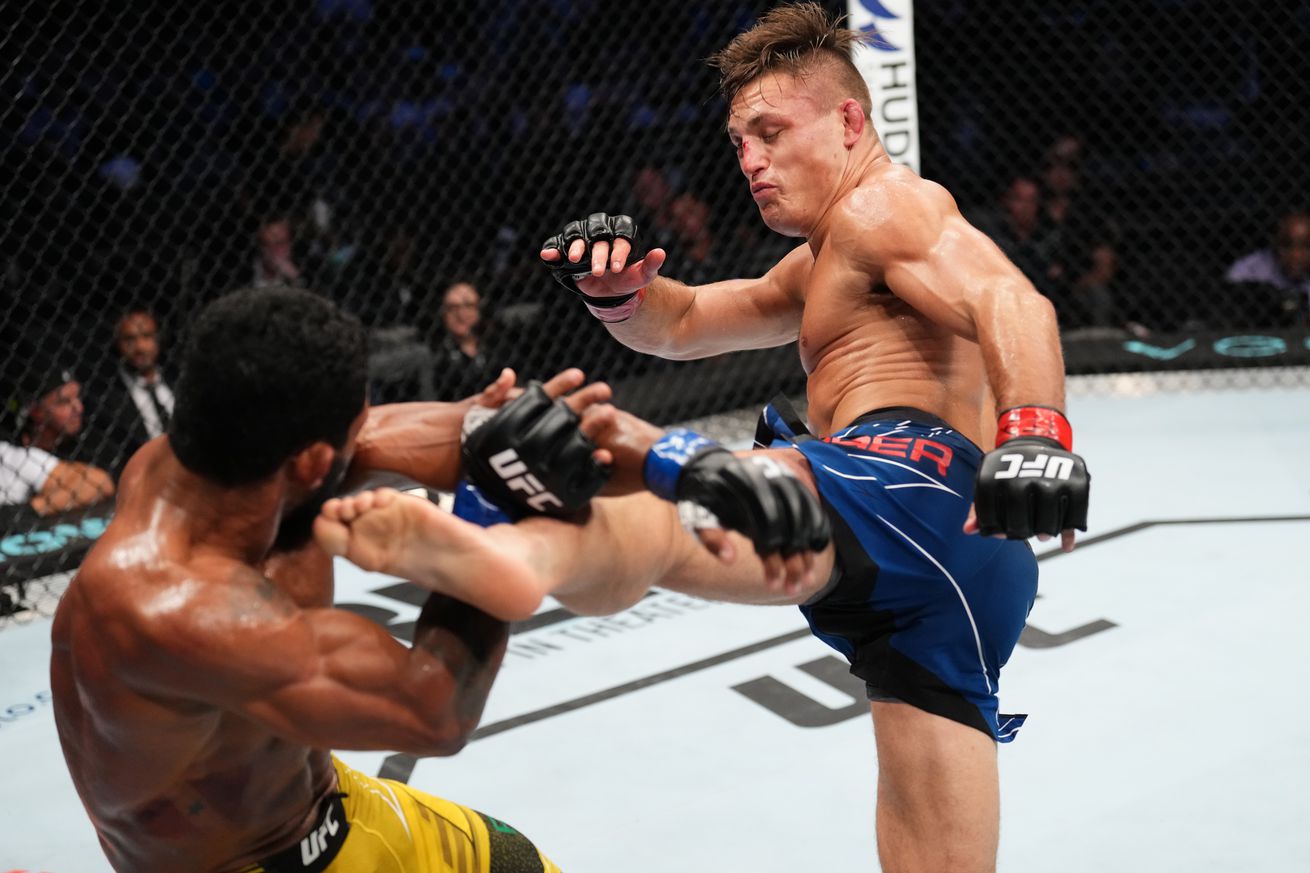 Drew Dober will face Bobby Green at the UFC s December 17th Fight Night card. The final UFC event of the year is going down at the APEX facility in Las Vegas on December 17th, and will be headlined by a middleweight clash between Sean Strickland and Jared Cannonier. While that s a quality main event, the promotion has sweetened the deal with an exciting lightweight tilt between action fighters Drew Dober and Bobby Green.

Dober just posted to his Instagram account that he will be locking horns with the UFC veteran. He might have not have used many words on the announcement, but that s okay. The 34-year-old is a man whose fighting style speaks louder than words.

The Elevation Fight Team talent is riding a two-fight winning streak, made extra special by the fact that his last five wins have all ended with spectacular knockouts. Once known as a volume striker, Dober is now feared as one of the division s most dangerous knockout artists.

36-year-old Bobby Green has been around the MMA scene for a minute or two the man competed at Affliction 2 way back in 2009 which just so happens to be the same year that Dober made his professional MMA debut . Despite the experience, consistency is something that has been plaguing Green. Since winning three fights in a row back in 2020, the Pinnacle MMA fighter has gone on a less than stellar run of 2-3. To be fair, he did drop bouts to top-flight competition like Rafael Fiziev and Islam Makhachev, but Dober is a tough out to try and get back into the win column against.

Alongside the top-ranked middleweight main event UFC Vegas 66 is expected to feature a lightweight bout between Arman Tsarukyan & Damir Ismagulov, as well as a flyweight bout between Brandon Royval & Amir Albazi, and a featherweight contest between Alex Caceres and Julian Erosa. Stay tuned to Bloody Elbow for more news and notes as fight night approaches.