Wait. Is Joseph Gordon-Levitt in 'Glass Onion: A Knives Out Mystery'? 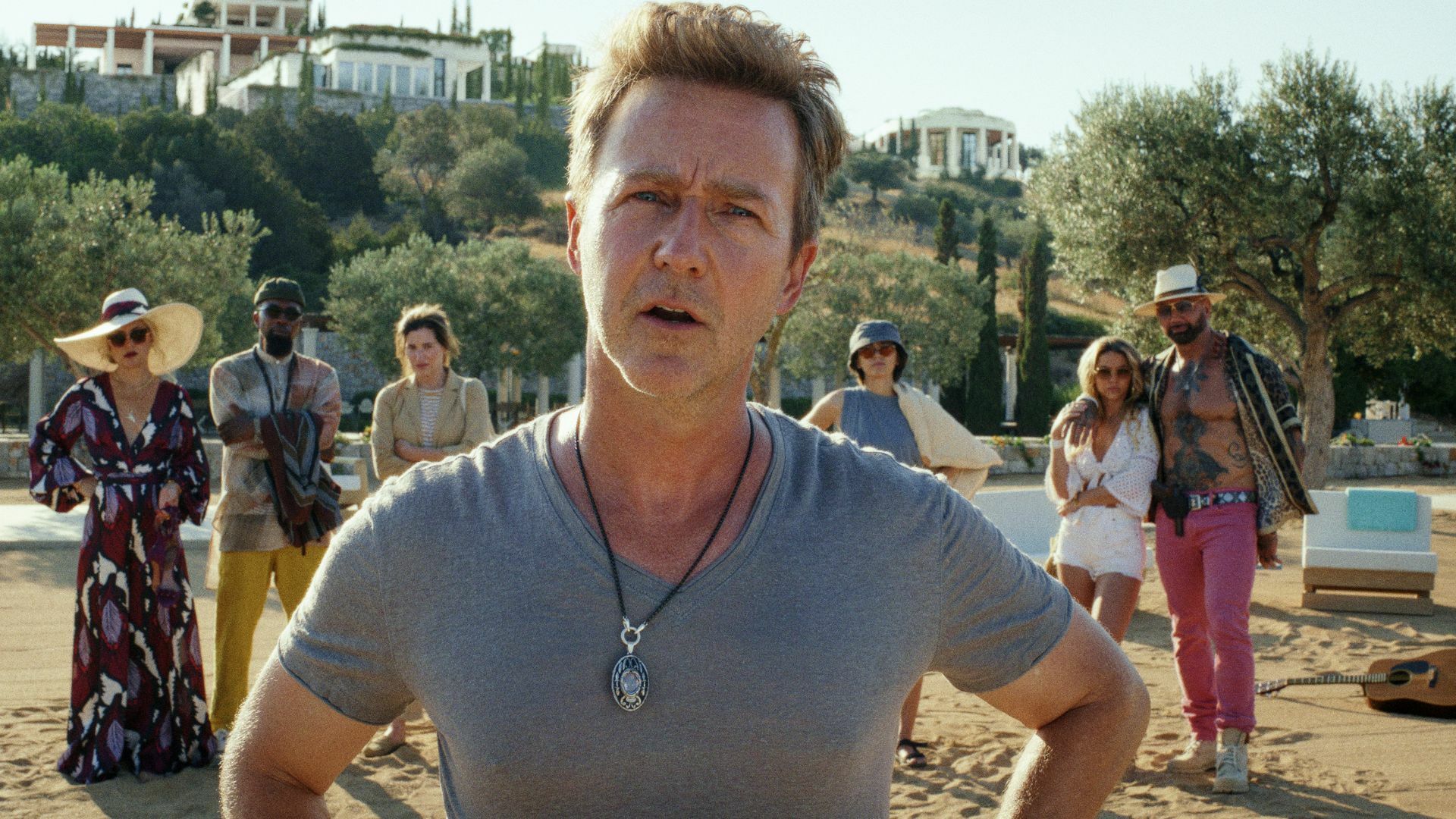 Get the Full StoryWhile acclaimed filmmaker Rian Johnson might jump from one genre to another, one thing that's remained a constant are cameos from actor Joseph Gordon-Levitt. This remains true with Glass Onion. But before we give away the cleverly hidden cameo in this Knives Out sequel, let's take a step back to appreciate the big picture. Since his critically heralded directorial debut, 2005's Brick, writer helmer Rian Johnson has fostered an ongoing collaboration with that neo-noir's leading man, Joseph Gordon-Levitt. The two reteamed in 2012 for the time-travel thriller Looper, with Gordon-Levitt starring as a potentially self-slaughtering assassin. The pally pair also worked together on the actor's short-lived series HitRECord on TV. But JGL pops up in Johnson's other movies, often in sly cameos, you might have missed. Joseph Gordon-Levitt's history in Rian Johnson movies begins...Three years after Brick, Johnson made the action-comedyThe Brothers Bloom. Rachel Weisz, Adrien Brody, Mark Ruffalo, and Rinko Kikuchi were the leads, but the leading man of Brick can be spotted in an early party scene. It's basically a background acting gig, but for fans of the Third Rock From the Sun star, this quick cameo is a giddy delight in an already-winsome flick.

How to watch 'Glass Onion: A Knives Out Mystery'

From there, Gordon-Levitt's cameos have become more and more challenging to spot in part because you won't see that familiar face. When Johnson helmed 2017's Star Wars: Episode VIII The Last Jedi, JGL was the voice of an alien named Slowen Lo. Spotted at the Canto Bight casino, this Abednedo added obstacles to Rose and Finn's adventure. But unless you were listening carefully, you'd miss Gordon-Levitt altogether; Slowen Lo was physically portrayed by Dee Tails. The aural cameos continued in 2019 with Knives Out. In this Glass Onion predecessor, he's credited as "Detective Hardrock." And if that name isn't familiar, that's because Gordon-Levitt is not one of the cops rubbing elbows with Benoit Blanc unlike fellow Johnson regular Noah Segan . Detective Hardrock is a fictional detective within this story of the fictional detective a donut hole in a donut hole, if you will. In the scene where nurse Marta Ana De Armas is sitting with her mother in their cramped apartment, we can hear as her sister watches a grisly crime show. An intense interrogator snarls offscreen, "You slashed his face open. You left him bleeding in the street like a stuck pig, then you crushed his skull with a forklift and burned his hands off to erase the fingerprints!" This bit of ghoulish dialogue is delivered by JGL in Law and Order parody mode.

In 2021, Gordon-Levitt confessed to Us Weekly all of these cameos, saying, "Funnily enough, and folks may or may not know this, I ve actually gotten to cameo in every single one of Rian Johnson s films, from Brick to The Brothers Bloom and even Star Wars: The Last Jedi." But knowing all this, are you any close to picking out his cameo in Glass Onion? One more clue: It's all about tone. Where is Joseph Gordon-Levitt's cameo in Glass Onion?

He's not on the island, but you can hear him there. Sort of. You know that booming tone that Miles Bron that points out tells the hour on his private resort? That's Gordon-Levitt's most covert cameo yet. Rian Johnson spilled the beans in a Q&A following the world premiere of Glass Onion: A Knives Out Mystery at the 2022 Toronto International Film Festival. Mashable was on the scene when Johnson said, "That's Joseph Gordon-Levitt's cameo in the movie. He said the word 'dong,' and we turned it into a musical note."Even Benoit Blanc wouldn't have figured that one out. The Glass Onion is in theaters Nov. 23 to Nov. 29, then comes to Netflix on Dec. 23.